Remembrance Sunday: A Day of Honour 2015

Remembrance Sunday marks a day of commemoration across the UK and the Commonwealth for the contribution of British and Commonwealth military and civilian servicemen and women who gave their lives in the two World Wars and later conflicts. A day for the nation to honour those who sacrificed themselves to secure and protect our freedom.

Armistice Day, referred to as Poppy Day is celebrated on the second Sunday in November, the Sunday nearest to November 11th. The 11th is the anniversary of the signing of the armistice that ended World War 1 hostilities between Allied nations and Germany in 1918. Other countries like the U.S. have similar observances like Veterans Day.

All across the UK ceremonies, parades and events will be held in most places of which various war veterans will attend, of which are members of organisations including The Royal British Legion as well as armed forced, military cadet forces and youth organisations.

The ‘National Service of Remembrance’ will be held on Sunday 8th November at The Cenotaph in Whitehall, London. The Queen alongside Members of Cabinet, opposition Party leaders, former Prime Ministers, the Mayor of London and other ministers, will pay tribute to these war veterans. Representatives from the Armed Forces, Fishing Fleets, Merchant Air and Navy, faith communities and High Commissioners of Commonwealth countries will also be in attendance.

Events will also be held throughout the week. There will be ‘Fields of Remembrance’ at various locations and dates including London’s West Minster Abbey, Cardiff Castle, Royal Wootton Bassett, Belfast, Gateshead, and Scotland. These are open to the public and pay tribute to all the brave Service men and women who served in our Armed Forces since the First World War.

On Wednesday 11th November a special ‘Silence in the Square’ event will be held in Trafalgar Square, London (10am onwards). Ben Shephard will host proceedings, which include musical performances and readings from various artists up until the ‘Two Minute Silence’ at 11.00am. This can be attended publically or via live webcast.

The poppy is the symbol of Remembrance Day. It helps provide thousands of veterans, Service men, women and their families with the vital advice and support they need. The British Legion has launched this campaign across the country. Posters, billboards and print advertisements designed to show that when you wear a poppy you are not just remembering those who have lost lives in conflict but you are also helping the Legion to provide assistance to today's Armed Forces community. Purchase yours today if you do not already have one. To find out more information on this visit The British Legion website.

We are to honour and respect those who have pioneered and made the way for us to continue to live in this world. Today, and forever more we salute you all.

Popular posts from this blog

"You Are NOT Forgotten"

You Are Not Forgotten by: Israel Houghton It's easy to walk around with your head held down thinking you are forgotten.  You long for a great relationship, someone to love you, notice you, a child or just peace of mind, but it seems like everyone else around you is being blessed with all your hearts desires. Why is this? Some may say its a test from God, or that its a time to practise patience or your just not ready yet. Whatever may be the reason, please know you are NOT forgotten . At times we need to take our focus off our situations for a while and just relax in knowing that one day, if not today, everything will work out just fine and be OK. Sometimes when I find holding unto hope is too hard, I tend to say a simple prayer to God and it goes a little like this... ' Father I know you love and care for me, and yes I see others around me being blessed and its great, but Father whatever happens please don't forget me, amen'. Now in all my heart, I know Go
Read more 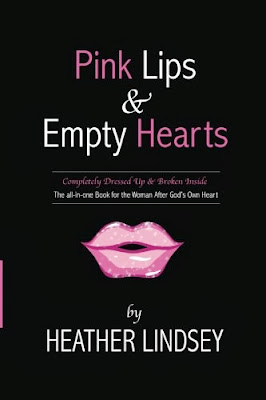 Right, where do I start..... I decided to have this book as my November 2013 read of the month. Since I purchased the book from the London, UK, Be Women conference last month which had Heather Lindsey as a guest speaker. This review will be a general overview of what I learnt from this book and why I recommend this as part of your reading & growing material. So lets begin: How does this book make me feel? REFRESHED! Did it challenge me? YES! Do I feel less pressured to survive in this world? YES, because I know I am no longer alone! Does it draw me closer in a relationship with God or further away? Closer, as my ambitions are to be selfless and want the heart of Christ rather than fame and fortune in the wrong mindset. To be able to see my precious worth of integrity and purity through Christ. The Book: From Chapters 1 straight through to Chapter 14, Heather Lindsey (HL) speaks integrity. She shows she has nothing to hide, especially if it can help others b
Read more
Visit profile